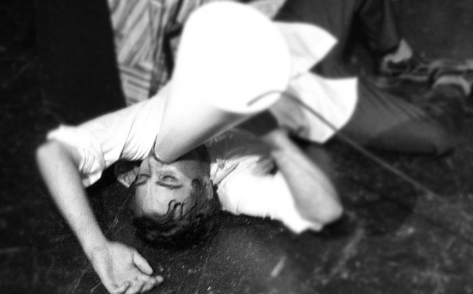 Ric Royer writes stories mordant and morbid, stages plays of absurd wonder, and sings songs of hope and disaster. A song and dance man of the avant-vaude, Royer is the founder and artistic director of Psychic Readings Co, a performance collective that has entertained, frightened and confused audiences with their interdisciplinary hysterics since 1999. He is also a curator at Model City Books.

Ric studied theatre and writing at University of Buffalo, and Towson University, and Dartington College of Art and Brown University.

He currently lives in New York, where he can often be found collaborating with his long-time music partner G Lucas Crane. They have been involved in several music/performance projects, including The Coincidental Hour.  Their LP, Dark Cabinet, was released by Baltimore’s EHSE Records in 2008.