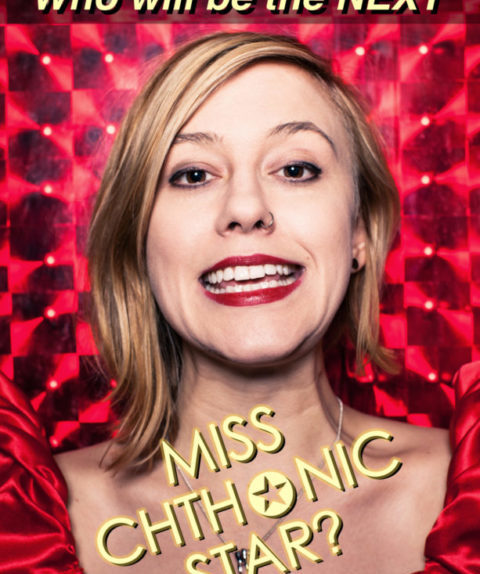 Miss Chthonic Star Dream Pageant is coming to a city near you! This beauty pageant is a monstrous parade of internal realities fueled by sacrifice. Watch as labor, exploitation, and sexual/economic oppression are thrust onto the catwalk! WANT TO BE A STAR? Each night three local contestants will appear before our judges with the hope of becoming the next Miss Chthonic Star, but the pageant quickly turns into a perverse reality show where the real objective is to try to get out of the pageant alive! Braiding pleasure and the abject and spiking it with a heavy dose of buffoonery, Miss Chthonic is a stress dream starring a whole bunch of anxiety.